​Arlington High School is one of 5 comprehensive high schools in Riverside Unified School District.  The school opened 1973 on a campus surrounded by orange groves and small farms. School boundaries encompass a variety of neighborhoods including Casa Blanca, Arlington Heights (mostly orange groves, crop fields, and farmhouses), and the neighborhoods surrounding the Riverside Auto Center. Students come to AHS primarily from Chemawa and Matthew Gage Middle Schools.
Since the first graduating Class of 1975, Arlington students have earned local, state, and national awards in academics, activities, and athletics.

Our mascot is the LION.
Our school colors are MAROON AND GOLD.
Our school motto is COMMITTED TO EXCELLENCE - PURSUING SIGNIFICANCE

​ John W. North High School was Established in 1964, in Riverside, California; a residential suburban community located 55 miles east  of Los Angeles. The school has a total enrollment of 2281 in grades 9-12, with 522 students accepted from outside its geographical  boundary.
John W. North High School is a diverse community which strives to develop compassionate life-long learners who are college and  career ready and will make a positive impact in a global society.

Our mascot is the HUSKY.
Our school colors are BLUE AND GOLD.
Our school motto is HUSKY PRIDE~ A TRADITION LIKE NO OTHER! 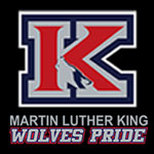 Martin Luther King High School is located in the city of Riverside, which has a population of 303,871 residents. Riverside is the 11th largest city in California with projected continued growth into the next decade.
King is considered one of the premier schools in Riverside County and has consistently earned above 800 on their state API scores for the last six years.  You can also consistently find King in Newsweek and World News reports a one of the top high schools in the nation! 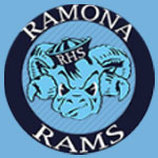 Ramona High School was opened in 1956, and graduated its’ first class in 1958. More than 33% of each graduating class applies to, and is accepted into 4-year colleges and universities, and more than 24% of each graduating class attends a 2-year community college. Ramona also boasts a nationally acclaimed band that has been featured in major motion pictures, television & commercials worldwide. Ramona has been designated as a “National Demonstration School” for the AVID Program and hosts visitors from around the world. Ramona High School is home to the largest campus in Riverside Unified School District covering 55 acres, and has a stadium and full-sized performing arts theatre. 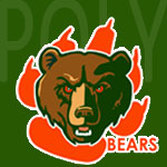 ​Our mascot is the BEAR.
Our school colors are ORANGE and GREEN.
Our school motto is  "BEAR PRIDE: PASSION, RESPECT, INTEGRITY, DETERMINATION, EXTRAORDINARY"